Easter for the year 2022 is celebrated/ observed on Sunday, April 17th.

For many, Easter marks the unofficial start of spring, but for Christians around the world, it is one of the most important celebrations of the year.

Rooted in more than 2,000 years of rituals and rites, Easter commemorates the central event of the Christian faith: the resurrection of Jesus Christ, which Christians see as the fulfillment of Bible prophecy of a risen messiah from among the dead offering his disciples eternal life.

The celebration takes place at the end of Lent, a forty-day season of fasting and repentance in reference to the forty-day fasting of Jesus Christ in the desert. The lean period culminates with Holy Week and a commemoration of the biblical events surrounding the persecution, crucifixion and death of Jesus. Holy Week thus includes Palm Sunday, Maundy Thursday, Good Friday, Holy Saturday and Easter.

These episodes are described in the New Testament. Presented as both son of God and king of the Jews, Jesus of Nazareth gathered around him a devoted and growing number of disciples, witnesses of the miracles of which he was the author and of his mercy towards the most needy and the more marginalized.

But the growing popularity of Jesus soon earned him the animosity of the Roman authorities and religious extremists. This aversion reaches its climax when Jesus makes a triumphal entry into the city of Jerusalem, where he is greeted by a crowd laying palm fronds on his way (episode now celebrated on Palm Sunday).

Shortly after, during a dinner with his followers known as the Last Supper, Jesus prophesies the betrayal of one of his apostles and invites his disciples to share bread and wine in remembrance of him.

After dinner, Jesus is arrested. As Jesus had guessed, Judas Iscariot, one of his disciples, had decided to deliver Jesus to the Jewish high priests of the city in exchange for 30 pieces of silver (episode celebrated on Maundy Thursday).

Jesus is judged and beaten. Seeing that the mob has now turned against the young preacher, Pontius Pilate, the governor of the Roman province, agrees to condemn him to death. Jesus is then crucified, a sentence usually reserved for criminals. He dies and is buried (Good Friday) in a tomb where his body rests until the following day (Good Saturday).

But when his relatives, in mourning, come to pray at his tomb on Sundays, it is empty. Jesus is risen. He appears to the disciples, on the beach, as reported in the Gospel according to John, in chapter 21, verses 1 to 14. It is this episode which is celebrated at Easter.

Early morning Protestant services and the Easter Vigil, an ancient ritual and baptismal process held by Catholics on the night of Holy Saturday, are two ways Christians commemorate Easter. Because their religion is founded on the Julian calendar, Orthodox Christians celebrate Easter thirteen days later than other Christians.

Over the years, Easter has converged with pagan celebrations of the arrival of spring. Popular traditions include a visit from the Easter Bunny, a representation of spring bringing eggs, a symbol of renewed life. One theory holds that this tradition originated in Germany. Either way, Easter egg hunts, egg decorating, and candy eating are always popular during Spring Break. 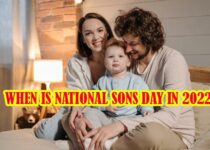