Skip to content
Facebook1PinterestLinkedInMixVK
Days
Hours
Minutes
Seconds
Contents show
1 Veterans Day 2022 will be celebrated on November 11, that will fall in friday.
2 Veterans Day: history of this commemorative day
2.1 What activities are organized on this day?
3 Is Veterans Day a federal holiday?
3.1 Other 2022 Holidays Dates in the United States

Veterans Day 2022 will be celebrated on November 11, that will fall in friday.

Celebrated on November 11 in the United States, Veterans Day is a commemorative holiday that pays tribute to veterans. For this day, several activities take place in New York, including the famous Veterans Day Parade, a parade that brings together more than 20,000 participants!

If you are in New York for November 11, you will therefore be immersed in the heart of this celebration, and you will see that there is no shortage of activities! Here is everything you can do during this famous day!

Veterans Day 2022 is a commemorative day observed in the United States on November 11. This holiday is also considered Armistice Day, a day honoring veterans of the First World War.

It was American President Woodrow Wilson who first proclaimed Armistice Day on November 11, 1919. A year later, the United Kingdom and France also decided to organize a ceremony in honor of soldiers who died during the war.

A few years later, in 1953, Alfred King (the owner of a shoe store in Kansas) had the idea of ​​celebrating for this Armistice Day all the veterans and not only those having served in the First World War. Congress proposed a bill, and this change was signed into law in 1954 by President Dwight Eisenhower. Armistice Day thus became Veterans Day and on November 11, 1954, the first Veterans Day was celebrated and paid tribute to all American combatants who served in a war.

Veterans Day 2022 is celebrated on November 11. Why this date? Because this corresponds to the anniversary date of the signing of the Armistice ending the First World War.

What activities are organized on this day?

For this day, several activities take place in New York. If you are there on November 11, you will therefore have a multitude of things to see and do. Here’s everything you need to celebrate Veterans Day!

Is Veterans Day a federal holiday?

Veterans Day 2022 in New York: the parade In New York, the Veterans Day Parade, also nicknamed The America’s Parade, is a huge parade that brings together more than 20,000 participants (the latter are groups of veterans, agents still in activity or even families of veterans). This parade took place for the first time in 1929 and since its launch, it has brought together thousands of people!
This parade takes place on Fifth Avenue between 23rd and 59th streets. During this parade, you will be able to see floats, walkers and brass bands come to celebrate Veterans Day!

The Veterans Day 2022 Parade begins at 11 a.m., but at 10 a.m. a wreath laying ceremony is held in Madison Square Park and just before the parade, a two-minute silence is observed.
Attending the Veterans Day 2022 Parade is an essential, sympathetic activity, and it is a good way to celebrate the fighters who have served the nation. So if you are in New York, go participate.
And since you’re on Fifth Avenue, keep your eyes peeled! Many monuments are built there, and their architecture will not fail to amaze you!

Take a tour of the museum

If you want to take advantage of Veterans Day to visit a museum, go to the Intrepid Sea, Air & Space Museum, a place rich in discoveries that will appeal to both adults and children! Here you can discover aircraft carriers, submarines, old planes and many more! This museum is therefore surprising and for Veterans Day, it is the place to visit! Moreover, a few days before this feast day, think about going there; you can see the ships used for that day.

Built on and in the USS Intrepid aircraft carrier, this museum will teach you about naval and military history.

If you are tempted by a visit, don’t forget that admission to the museum is included in the New York City Pass.

Getting to Grant’s Tomb

If you feel like it, go to Grant’s Tomb or General Grant National Memorial, which is the largest mausoleum in the United States. It houses the body of General Grant, one of the main players in the Civil War. This mausoleum is located north of the island of Manhattan in the Morning side Heights district, and its architecture is made of marble and granite.

Go shopping
Good news for all fashion enthusiasts! For Veterans Day, sales are organized in department stores. So, whether for clothes, household appliances or others, discounts are applied!

So don’t hesitate to take a tour of the New York stores to get as many good deals as possible!

If you are in New York on November 11, you can take part in Veterans Day, a day when there is no shortage of activities and events! Between the parade, the visits and the shopping, you will have plenty to do! 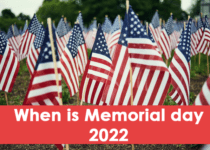 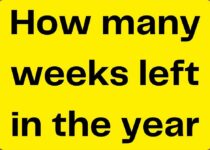